(ThyBlackMan.com) I grew in, what felt like, a larger world. Long distance calls were quite expensive, and if you wanted to see someone you had to travel to where they were. Communication was real-time, and over the telephone. I remember having pen pals, and I was rather excited to get my own book of stamps to write my friends back home once my family moved to Texas. I realize these are experiences that my children will never have. Recently, I spoke with my great aunt who is an elder, doesn’t own a smart phone, and is not on social media of any kind. I can’t even send her a picture via text message. At the end of our conversation she asked me to writer her a letter and send her some pictures of the family.

This may not have seemed like an unusual request when I was a teenager, but I realize how convenient it is to communicate via social media. Many of my family members abroad can look on Instagram or Facebook and see at least one picture of my family. Of course, I am going to sit down this week and write her a letter with pictures enclosed. This conversation led me to wonder what we would do if social media was abruptly taken away from us. 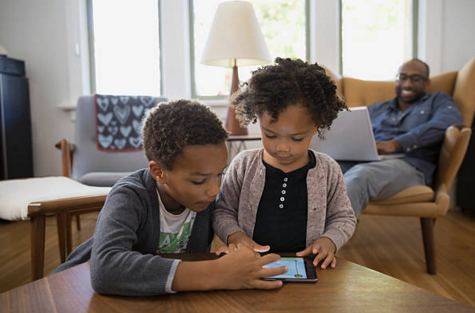 Life moves at a rapid pace and we are accustomed to having everything at our finger tips. There was a time, within the last 35yrs, when you had to read the physical newspaper, or catch the news on local TV to know what was going on in the world. Speaking of TV…it actually went off at night. Kids had to learn social skills with family, in the classroom, on the playground, and within the neighborhood; this was also how relationships were fostered. If you wanted to know how your family was doing, you called on a regular telephone or paid them a visit.

We sat down and talked amongst each other…this was also how disagreements were settled. You wouldn’t dare think about having keyboard courage because you actually had to face people in person. There were no phones at the dinner table, and to know your spouse or children was to actually talk to them. Promoting a business was done in person, and on the street. These are some of the things we lost to social media. No one has to be themselves anymore…they are who they image themselves to be…who they can create online.

Would we be able to go back to a previous time if we had no choice? Social media, for some, has become a drug they can’t seem to live without. Having to be yourself at all times, and actually interact with people would cause real anxiety for quite a few people. So many that are “famous” because of social media might disappear because their platform would no longer exist. How would we navigate getting knows, and understanding government without social media? I guess we’d be back to writing letters to our elected officials like Andy Dufresne until we get an answer, and double the letters until we receive the desired answer.

Social media doesn’t look like it’s leaving no time soon. However, we may want to consider unplugging every now and then to give ourselves an opportunity to truly take in life, and those we love. Write a letter, have lunch with an elder, go to the park (turn the phone off), and take time enjoying real interaction. If you find that the first thing you do in the morning is check Facebook or Instagram, it’s okay to question if it takes up too much of your time. Living doesn’t require social media…it never has.

We use cookies on our website to give you the most relevant experience by remembering your preferences and repeat visits. By clicking “Accept All”, you consent to the use of ALL the cookies. However, you may visit "Cookie Settings" to provide a controlled consent.
Cookie SettingsAccept All
Manage consent

This website uses cookies to improve your experience while you navigate through the website. Out of these, the cookies that are categorized as necessary are stored on your browser as they are essential for the working of basic functionalities of the website. We also use third-party cookies that help us analyze and understand how you use this website. These cookies will be stored in your browser only with your consent. You also have the option to opt-out of these cookies. But opting out of some of these cookies may affect your browsing experience.
Necessary Always Enabled
Necessary cookies are absolutely essential for the website to function properly. These cookies ensure basic functionalities and security features of the website, anonymously.
Functional
Functional cookies help to perform certain functionalities like sharing the content of the website on social media platforms, collect feedbacks, and other third-party features.
Performance
Performance cookies are used to understand and analyze the key performance indexes of the website which helps in delivering a better user experience for the visitors.
Analytics
Analytical cookies are used to understand how visitors interact with the website. These cookies help provide information on metrics the number of visitors, bounce rate, traffic source, etc.
Advertisement
Advertisement cookies are used to provide visitors with relevant ads and marketing campaigns. These cookies track visitors across websites and collect information to provide customized ads.
Others
Other uncategorized cookies are those that are being analyzed and have not been classified into a category as yet.
SAVE & ACCEPT